Thief (Chinese: , "robber") is a Melee DPS class in Eden Eternal. It is available at character creation. [1]

The following stats are important for Thieves: 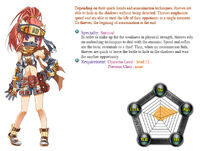 Thief's skills are rather simple: they are meant to deal damage, and to let Thief survive. All of Thief's damaging attacks are melee, usually applying a powerful affect to the target as well as dealing damage. Thief also can use many survival skills, increasing their Evasion, their Move SPD, and even turning themselves invisible. Thief also has a "sneak attack" move, that can stun the target as well as doing high damage, when invisible.

Thief is a Melee DPS character, who focuses on dealing as much damage as possible to targets-without getting hit. The goal is the reason for not getting hit is not high defense, or even evasion, but due to the target being dead before it gets a chance to attack. Thief does not wear very heavy armour, and unlike the other DPS branches who have range on their side, Thief attacks up close and personal. Although Thieves normally have high Evasion, they still have to get the job done as quickly as possible. Thief's skills are very powerful and damaging-, and can do fine either soloing, or in a party. Unlike the other DPS branches however, Thief has a very limited amount of battlefield infuencing skills, such as slowing or immobilizing a target, or multiple targets. However, the posses powerful survival skills, letting them turn invisible, in or out of combat, and buffs to move faster and increase evasion. Thief focuses on dual wielding with 1H weapons, the dagger as their staple weapon.

While playing as a Thief, a character will change to his or her light armor set.

Many of Thief's abilities require you to be using a Dagger. Thief naturally have higher damage output with the dagger as well for humans, and us for them. Whatever race you are, using a dagger is a must have for any thief. Thieves generally dual-wield as well. The reasons for this are obvious: gaining extra damage. Although in many picture thief is shown dual wielding daggers, Dual wielding a sword or other one handed weapon in your main hand, and a dagger in your off hand is usually more damaging than dual wielding two daggers ( or two swords-especially if your a human), and you can still access your Thief skills. 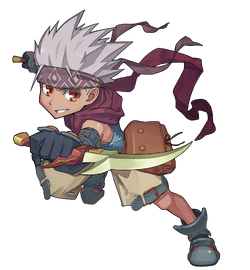 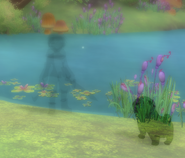 Sneaking Expert Thief
Add a photo to this gallery

Retrieved from "https://edeneternal.fandom.com/wiki/Thief?oldid=39048"
Community content is available under CC-BY-SA unless otherwise noted.