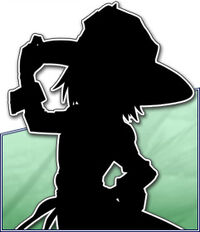 Ranger: The ranger is the fast attacking, heavy crit focused version of the Hunter. They don't rely as heavily on surprise opening attacks as they can cut down a fully aware opponent so long as they wield distance as their weapon. [1] 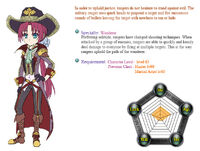 The Ranger is known to use guns or bows.

..."Preferring solitude, rangers have changed shooting techniques. When attacked by a group of enemies, rangers are able to quickly and keenly deal damage to everone by firing at multple targets..."

Like other Ranged DPS classes, Ranger focuses on bringing down targets "quickly and keenly". It also seems Ranger is adept at ''...deal[ing] damage to everyone by firing at multiple targets...". It is unknown whether they do this using Splash AOE abilities, or using actual "multi shot" abilities, where the player fires at multiple targets in a specific area- or perhaps by pre selecting the targets. It is hinted at that this "multi-shot" ability is also used on single targets for high damage as well. Other than this, their skills are unknown. It is speculated that Ranger has hiding abilities, similar to Thief. This would make sense due to their Melee DPS background, but may not be valid at all. Unlike Engineer, Ranger does not seem to require a transformation to switch from being more single target oirented or AOE oriented, except for skill setup. 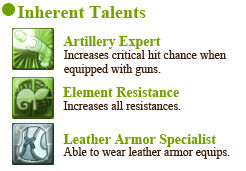