"The best defense is a good offense. Plus my fists. That should do it."

Martial Artists view combat as a deadly dance between opponents. Having meticulously molded their bodies into fierce fighting machines, Martial Artists use their focused discipline and fervent strength conditioning to deftly battle enemies. Not content to rely on weapons and armor alone, the Martial Artist's best weapon is incredible strength and speed. 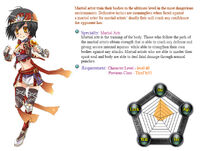 Martial Artist is a powerful combatant, who uses their powerful buffs and cestus to take out enemies quickly and efficiently.

Martial Artist are designed as two weapon fighters and gain passive bonuses for using the Cestus. 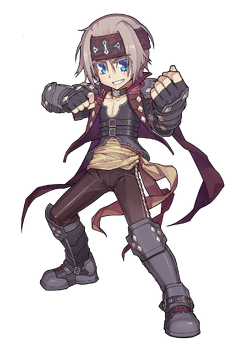 Ready for battle
Add a photo to this gallery
Retrieved from "https://edeneternal.fandom.com/wiki/Martial_Artist?oldid=38554"
Community content is available under CC-BY-SA unless otherwise noted.