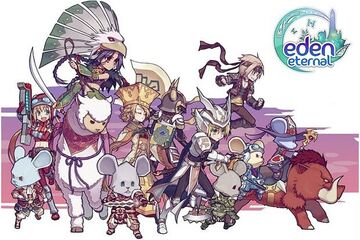 Classes in Eden Eternal, like in many MMORPGs, are what define your skills, what weapons and armor you use, and your gameplay style.

There are 20 classes in Eden Eternal, and five main Class Branches, also known as class types. These class types follow the basic archetypes seen in many MMORPGs.

Unlike many games, where classes are permanent and unchangeable, in Eden Eternal, a character can change from any available class at any time out of combat.

Within each of the five class branches lies a number of classes. These classes are separate from each other, but retain the same basic gameplay style as the branch, as well as the general skills of the branch. Each class has a separate set of passive abilities, class skills, class bonuses, and Class Talents.

Each class has an class experience (CP) counter and level of its own, separate from character XP and level. Only by transforming into a class and gaining XP in that class's form can a character level that class up. A character's class levels cannot exceed his or her character level. It is possible to play and maximize all classes on one character.

The Tank role most characterized by the Defense class roles. These players focus on defensive abilities and protecting their allies from enemy attacks, designed with highly Malicious attacks to allow them to keep the attention of monsters and bosses alike.

The Healer role, primarily taken up by Clerics and certain other Healing and Support classes, is oriented towards providing strong party and single target healing, beneficial buffs and high-level stat bonuses. A healer is a valuable asset for any high level instance or for PvP.

Support classes, consisting mostly of certain Melee DPS classes and certain Healing and Support classes, provide a large amount of utility for a party through beneficial status effects and buffs, offensive and defensive debuffs, AoE healing/damage reduction abilities, and other skills that enable the other roles to do their jobs in the most efficient and effective way possible.

As for DPS classes, embodied by the Melee DPS, Ranged DPS, and Magic DPS class types, they are the hardest hitting classes in game, designed to make quick work of any boss or monster, at the cost of being fairly susceptible to taking damage. DPS classes are the bread and butter of any party, with tanks, healers, and supports all serving to enable them to do the most damage possible to monsters in the game. 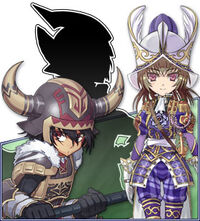 Also known simply as tank classes, Defense classes focus on protecting allies by provoking monsters, and using their natural defense and buff skills to their advantage, as well as strong slash/strike melee attacks and AOE's to dish out damage to monsters. All defense classes wear heavy armor and benefit the most from Agility and Strength.

Warrior: Starting class. Warrior relies on heavily fortified and upgraded heavy armor to absorb maximum damage in combat, while outputting plenty of damage in their own right. A class that is suitable for both tanking and DPS, and an ideal starting class for those new to Eden Eternal. Humans focus on Axes, Zumi focus on using clubs, Anuran focus on using greatswords (2H).

Knight: Requires character level 25 and Warrior class level 10. The best defense is a good offense, and Knight embodies that more than any other class. They are specialists of dodging and blocking attacks while maintaining a relentless assault on their enemies with high-Malice AoE skills and strong defensive buffs to sustain through even the toughest of fights. Knights focus on using one-handed weapons and shields. Humans focus on Rapiers (1H), Zumi focus on swords (1H), and Anuran focus on all 1H bladed type weapons.

Templar: Requires character level 60, Knight class level 45, and Cleric class level 45. Focusing on gaining strength and courage through faith, Templar is a highly resilient tanking class that also possess great soloing potential due to a combination of strong Holy magic AoE abilities, useful defensive buffs, a plethora of offensive debuffs, and powerful self-heals and single target healing abilities. A Templar's focus is on using a one-handed weapon and a shield.

Dragon Knight: Requires completion of a special quest, "Awakening of the Drake's Soul", which is unlocked at Lv70. 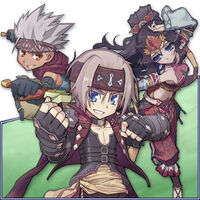 Thief: Starting class. The thief is the dagger-wielding poster child of melee DPS. They move quickly, attack even faster, and have enough utility to strike the enemy's backline, make a tactical retreat, then strike just as hard a second time without a moment's hesitation. Thieves focus on dual-wielding weapons and daggers.

Martial Artist: Requires character level 40 and Thief class level 25. The martial artist is second to none in hand to hand combat. Though not as wily as a thief when it comes to escaping, the martial artist will devastate his or her foes faster than their foes can counteract a martial artist's rampage, who has trained their body to become the most powerful weapon in their arsenal. Martial Artist's mainly focus on using the Cestus.

Blade Dancer: Requires character level 50 and Bard class level 35. The third option in the rogue line, carrying the background of a bard, the blade dancer plays a hybrid role of melee DPS and offensive support. Ranging from hard-hitting AoE attacks to targetted debuffs and positive buffs for a party, a Blade Dancer easily fits the tempo of any role asked of them. Blade Dancers mainly focus on swords, but they use all types of 1 H bladed weapons. 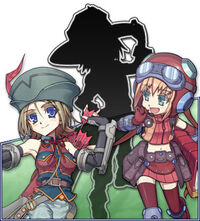 Ranged Archetypes focus on using projectile weapons and wear light armor, dealing damage from afar and dealing Pierce damage. They benefit the most from Agility, Luck, and Strength.

Hunter: Starting class. Hunter, the archetypal bow user of this game, uses both distance, and a summoned pet to its advantage in order to take down opponents from afar. Hunter's skills are a mix of support skills for its pet, such as heals and a critical hit rate for its pet, while its attacking skills are used to cripple opponents by reducing their accuracy, or making them unable to be healed.

Engineer: Requires character level 30 and Hunter class level 15. Engineers, the inventors of Eden Eternal, can both function using skills to pin opponents down from afar and cripple them, and using Cyber Up to don a defensive Robot Suit. While outside of their suits, Engineers can use their skills to stun, and reduce an enemies power. While inside of their suits, they can fire off bombs, dynamite, and even slime to take out large groups of enemies at a time, making them suited for either kind of combat.

Ranger: Requires character level 65, Hunter class level 50, and Martial Artist class level 50. Rangers can use both guns and bows to fire off high damaging skills from afar. Focusing on both multi-hit attacks and auto attacking quickly, Ranger makes quick work of its enemies by using Charging to raise its attack power before slowing and taking down the opposition with the help of its pet Eagle. Rangers can also use Arrow of Fear to render an opponent useless from afar. 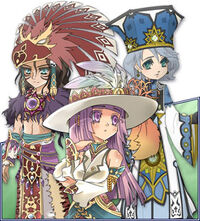 Healers focus on healing and buffing their allies, although they can also deal magical damage. Healing and support classes wear light armor with the exception of Cleric, which wears cloth armor. Healers benefit the most from Wisdom, Agility, and Luck.

Cleric: Starting class. Masters of party support, the Cleric is knowledgeable in the art of healing, removing debuffs, and preventing allies from taking damage in the first place. This high demand class also specializes in bringing fallen allies back to life, and fortifying them with long duration stat bonuses. Clerics focus on using Maces.

Bard: Requires character level 20. The bard is a much more dynamic party support counterpart to the cleric. A Bard can provide a large number of AoE skills that provide significant stat bonuses for their party, beneficial status effects, and healing, as well as applying debuffs on enemies that allow their party to make quick work of anything standing in their way, whether in a dungeon or on the battlefield. Bards focus on using Guitars.

Shaman: Requires character level 45 and Cleric level 30. Shamans commune with spirits of the ancients, summoning them to grant their allies with immensely powerful protection charms. A true master of shamans may even be capable of creating an artificial casing to hold the power of these spirits in a physical form, towering over a battlefield and causing immense damage to all who oppose it. Shamans focus on using staves.

Sage: Requires completion of a special quest, "Sage's Trial", which is unlocked at Lv69. 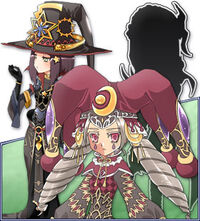 Magician: Starting class. Focusing on Staves, Magician uses many different kinds of elemental damage in order to take down opponents. Lightning, Fire, and Ice are all tools in Magician's arsenal, including the ability to lower opponents' resistance, making them more susceptible to its powerful attacks. Magician is a very AoE heavy class, you will often be using multiple skills in repetition in order to take out large groups of enemies at a time.

Luminary: Starting Class. Luminary uses both light and dark skills at close to mid range to take down opponents. Their skills require a Rapier, one handed Sword, or a Greatsword to use. With both powerful AoE and single target skills, Luminary is a class comfortable fighting at a distance, or right in the frontline. When a Luminary uses enough skills consecutively, it can enter a state called "Chaos Mode" in which you are given a new skillset you can use that has extremely high damage moves at a greatly increased range.

Illusionist: Requires character level 35 and Magician class level 20. Illusionist is a class built around disabling the opposition. With skills like Hypnotic Eye to put a group of enemies to sleep, and Aerolite to knock down a group of enemies, Illusionist boasts the highest single target magic damage in the game when used effectively with its Deadly Icicle skill. Illusionist can also assist a party through usage of Mind Surge to restore MP, and Stimulation to increase Attack Speed and Cast Speed.

Warlock: Requires character level 55, Magician class level 40, and Shaman class level 40. Warlock focuses on the summoning of demons, and the planting of parasites in the opposition. By planting parasites, Warlock's skills get added effects, such as extra damage, or healing capabilities, killing the parasites in the process. The Warlock's summoned pet, the Behelder, can be used to attack enemies, or can be used as a tribute for extra stats, but fear not! Behelders happen to be very replaceable. Lastly, Warlocks can instill fear into their opponents, rendering them useless until they gather themselves again.